Do you think your child is being bullied at school?  Do you need help identifying what it actually is and is NOT?

We are here to help.

By definition, bullying is aggressive or hateful behavior toward one individual or groups of people.  Those people who are bullies typically use their power over invididuals to make them feel intimidated or unworthy.  Bullying can happen anywhere:  at school, on the bus, on the playground, and even on the Internet.  Bullying can be found anywhere and sometimes is hard to identify.  For hateful behavior to be considered bullying, look for:

Bullying is becoming a big "buzz" word in schools and our children sometimes think they are being bullied when in fact, they just have trouble understanding what it means.  Bullying is NOT:

For more information on bullying, including the "Bullying Hurts" brochure, visit the National Centre Against Bullying. 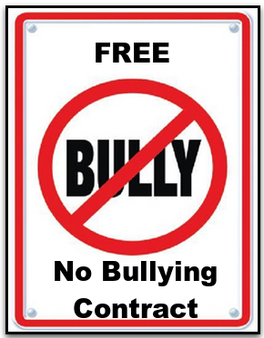