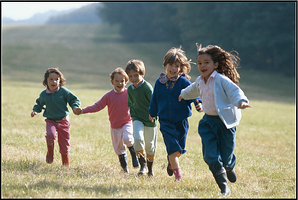 Attention Deficit Hyperactivity Disorder affects many students and families in America.  Once a child diagnos, the family has some important decisions to make.  Here are some myths and misconceptions about this particular disorder that might aid in the decision making process.

FACT:  While hyperactivity is common in this disorder, other symptoms include difficulty focusing, acting without thinking what the results will be, daydreaming, losing things often, and having trouble controlling compulsive behaviors (to name a few)  All children may have signs of this at times, but kids that have this disorder never grow out of it.

2.  MYTH:  This diagnosis only occurs in children.

FACT:  Children who are diagnosed with this disorder still carry the it as teens or adults.  Sometimes, the symptoms are less noticeable or have a different “look” in an adult.  Frequently, the need to be active is less noticeable but trouble focusing remains.

4.  MYTH:   Kids that have are diagnosed just don’t try hard enough to focus.

TRUTH:  Attention Deficit Hyperactivity Disorder may appear as if a kid could willingly focus more, but it’s not that easy.  There  is a chemical difference in the brain that makes it difficult or impossible to focus without the proper treatment.

5. MYTH:  Medicine is the only treatment for this disorder.

TRUTH:  Medicine is the most proven way to offset the symptoms of this disorder.  There are less researched treatments that may help.  Some of them include (but not limited to) behavior modifications, play therapy, dietary restrictions, sensory training, or pet therapy.

6. MYTH:  If a child is treated with medication, they are more likely to abuse drugs as adults.

TRUTH:  There has been significant research on the drugs that are used to treat this disorder.  It is much safer to treat it with medicine (if it is appropriate) then it is to leave it untreated.  If this disorder is left untreated, it can actually increase the chances of someone abusing drugs.

For more information on this topic from The Broach School, click the free guide below. 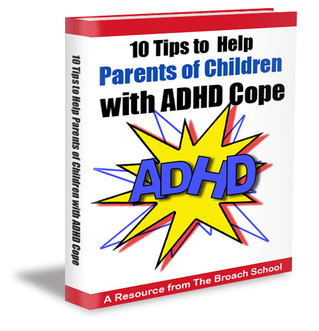